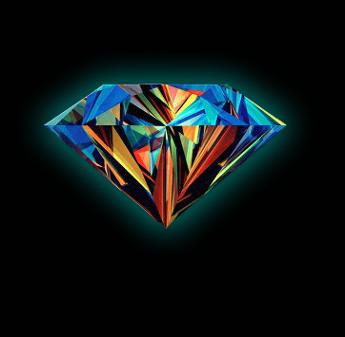 THE RETURN of LIGHT

Welcome to an entire new dimension of the performances of Electric Diamond - LIGHT.

Throughout our careers Don Slepian and myself have been fascinated with the dimension of light and multimedia performances. We were both pioneers not only in new music, genres, styles and sound, but with light.

We are collaborating with various visual artists to cycle back and bring back the dimension of light to our performances. Read the story below to learn about what is coming next.

Normally I wouldn't "review" a concert in which I played. But last Saturday night’s concert at The Soma Yoga Center in Highland Park, NJ was so extraordinary, I think it would be worth an exception. So let’s call it a review not of my concert, but a concert by Don Slepian and video artist Brian Van Korn in which I participated.

A little background first. Though Don is mostly known as a composer-musician, I was introduced to him as an avant-garde video artist back in the 1980s. Don Slepian’s electronic compositions, most notably “Sea of Bliss” is part of the founding canon of “ambient” or “space” music. He also created the ethereal theme music for the classic radio show “Hearts of Space.”  Still, I met him first as a video-artist. I had been working on a concept album with the legendary record producer Tom Frost. Tom had been the original producer behind some of the most successful records in classical music, crossover hits such as “Switched-on-Bach” and “The Greatest Hits of 1720", et al.  Our project was called “The Greatest Hits of 2150”. What the classics would sound like in the future when played by aliens on different planets. (Tom Frost is much better known though as being the record producer of the likes of Vladimir Horowitz.) So I first worked with Don using real time video synthesis for the music video we were concocting to go along with the record. (You can’t imagine the befuddlement when we presented our video to the august and aged executives at the leading classical music record companies. All this was well before MTV.)

The Mountain Queen - A selection from "The Greatest Hits of 2150."

Back then, Don was working with real time analog video synthesis. Much like analog music synthesis, you could also use video oscillators to create pallets of colors and shapes in real time. His goal was to perform music and video live – improvising both in real time. The link included in this post leads to  “Sunflower Geranium”, a sample of Don’s work from that time.

Back then, Don was working with real time analog video synthesis. Much like analog music synthesis, you could also use video oscillators to create pallets of colors and shapes in real time. His goal was to perform music and video live – improvising both in real time. The link included in Don Slepian's compilation of analog video technologies, such as the Chromaton 14 analog video synthesizer and custom rescan feedback loops, along with Apple II+ graphics (The CEEMAC fire engine animations), all made in 1983 and 1984 in my Edison NJ studio.

Music from "Uncontrolled Voltage" - a live tape with Lauri Paisley on ARP Odyssey and Don on Korg PS-3100 his post leads to  “Sunflower Geranium”, a sample of Don’s work from that time.

So now let’s move forward to last Saturday night. Don has created a new digitally enhanced technology to reintroduce live video synthesis, This time, instead of trying to run both elements simultaneously, he recruited the artist Brian van Korn. The idea was to use live video-art as part of the improvisation. Maybe the best analogy would be to think of an improvising trio, made up of two musicians and a dancer. Though in this case, the dancer is light and abstract imagery.

It is a concept that has been toyed with for years. After all, every major rock or pop concert has a light show of some sort. And today, more and more new music performers are incorporating multimedia elements. But nothing has come close to my reckoning as to what happened last Saturday night.

So what was it like? First, we used a giant LCD screen. Projecting imagery against a movie screen or against a wall creates a pale, 2-dimensional image. The difference between light emanating from a monitor, versus reflected, is dramatic. The colors are rich and saturated and almost jumps off the screen. Van Korn’s computers were preloaded with collections of imagery and software. The “vocabulary” included Van Korn’s own excellent abstract art work, as well as fractal imagery that was constantly evolving and in motion. (Fractals are recursive mathematical formulations that generates endlessly repeating patterns that in theory emulate the organic imagery found in nature.) Another element was video feedback. This is an older analog technique where you set up a camera that films the actual TV screen creating a feedback loop – similar to audio feedback. When used subtly, it creates a rich tapestry of images and flow. And finally, there was additional digital generated images and effects.

The effect? Essentially, it was a jam session – with music and light playing against each other as equal partners. So what is the difference with the light shows seen at rock music concerts? In this case, the light truly was part of the actual improvisation, musician and light interacting, playing off each other in real time. The impact was mesmerizing. The audience was on the edge of their seats leaning forward throughout. Over my career, like any musician, I am pretty savvy at watching an audience and gauging the impact of a set. Rarely have I seen an audience so focused, so intense, taking in everything.

Playing in this new medium had its own challenge. Normally in an improv, I both watch and listen to the other players, picking up both auditory and physical cues. Part of the discipline here was trying to bi-or is it tri-furcate my brain to follow Don’s sound and keyboard gestures, as well as look at the metamorphosing psychedelia on the screen. At times, it was so hypnotizing that I had to remind myself that I am performing and should focus on the music that I am playing.

Like any new technology (the machinery was born a mere two weeks before the performance) there were issues that needed to be refined. And like any open jam session, there were moments when the improv wandered and needed to be tightened. Still, despite the few flaws, the audience loved it. Everyone was buzzed afterward, discussing the possibilities, many excited with their own ideas of where it may all lead.

We are not quite sure of next steps, except looking for other venues to try it out – though hopefully with easier access (hate to admit it, but – we are getting too old to lug all the equipment up narrow staircases).

Finally, Don Slepian once again proved himself. As I have always said: If you want to hear or see the future take the pilgrimage out to Don’s and Jan’s house in the Poconos – a hybrid structure that is part home, theater, and laboratory – a cauldron of new ideas. Some ideas go nowhere, others flower into the very edge of what is coming. But get there sooner than later, for as the world catches up, Don may have already moved on. 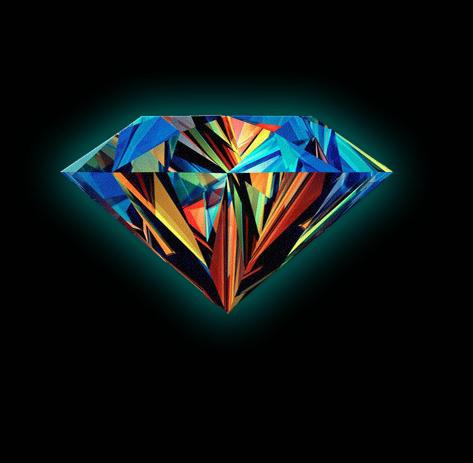